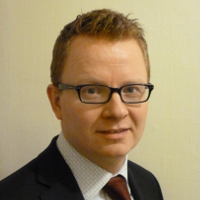 Director of the Society of Local Authority Chief Executives

Catch up on all the latest news and best practice
Councils to feed children during half-term
Read More...