This time last year, calls for an emergency injection of cash into adult social care were building up to a crescendo.

An additional £2bn for adult social care – with plenty of strings attached – finally arrived in the 2017 spring Budget.

But for well over a year, emerging – and often less talked about – pressures in children’s services have been bubbling to the surface.

And now – in a marked change from last year – The MJ’s annual finance survey in collaboration with the LGiU think-tank confirms that, after fiscal tightening and funding reductions, children’s services and education is now the greatest immediate pressure facing councils. Some 57% of upper-tier respondents picked this option – up from 14% last year.

Adult social care was picked by 79% of upper-tier respondents last year but this year was selected by 37%. This has prompted finance experts to question whether the extra £2bn has temporarily plugged a gap or whether councils are unable to shield children’s services from the cuts any longer – or whether both are true to various extents.

Chair of the Communities and Local Government Committee, Clive Betts, said: ‘I don’t think there’s any less pressure on adult services but the demand for children’s services is causing enormous problems.

‘Councils have been remarkably effective at taking on budget cuts while still delivering high quality services but the uncertainty from 2020 is really stark for many councils.’ 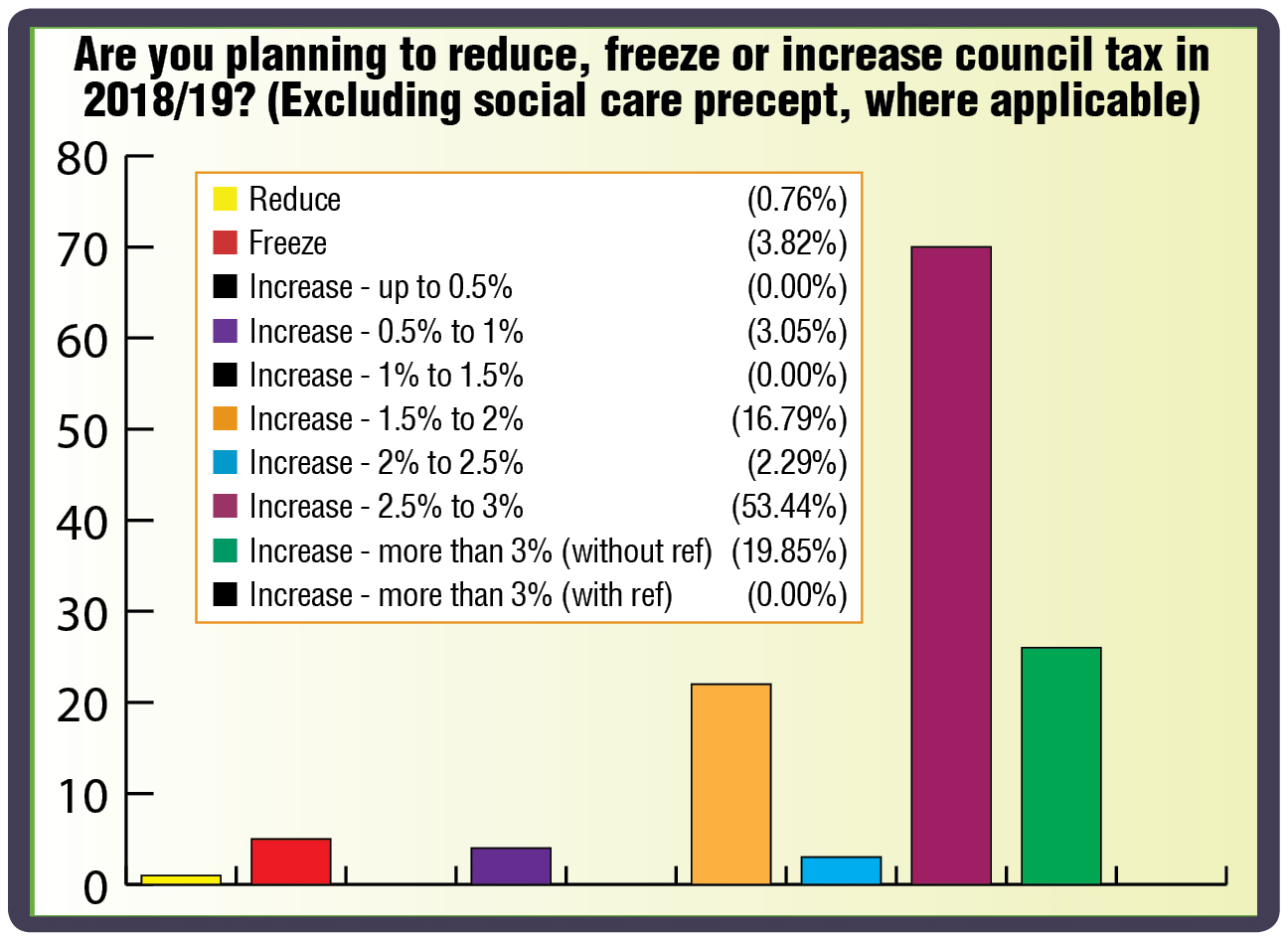 News that Northamptonshire CC has issued a S114 notice – the first in nearly wo decades – and will freeze all non-statutory spending has rocked the local government world. But as council finance chiefs finalise their 2018/19 budgets over the next few weeks, most are being forced to oversee reduced activity in a wide range of areas.

our out of 10 said their council would be making cuts in adult social care while 36% named children’s services as an area that could not be protected. Even greater proportions are having to make reductions to budgets for parks and leisure (53%), business support (50%), and arts and culture (46%). One in 10 respondents even went as far as admitting there was a danger that financial constraints will put their authority in a position where they no longer have enough funding to fulfil their statutory duties in 2018/19.

All of this leads eight of 10 of respondents to say they are either not at all confident or not very confident about the sustainability of local government finance.

One East Midlands finance director said: ‘It is clear that the current local government system for funding is not working and needs to change. There are too many unknowns to allow authorities to effectively plan and manage their finances over the medium to long-term and this needs to change quickly. This change cannot be through rushed policy or further cuts, but through a reasoned and realistic approach to local government finance that ensures all residents are treated fairly, and provides clarity and opportunity for all authorities.’ 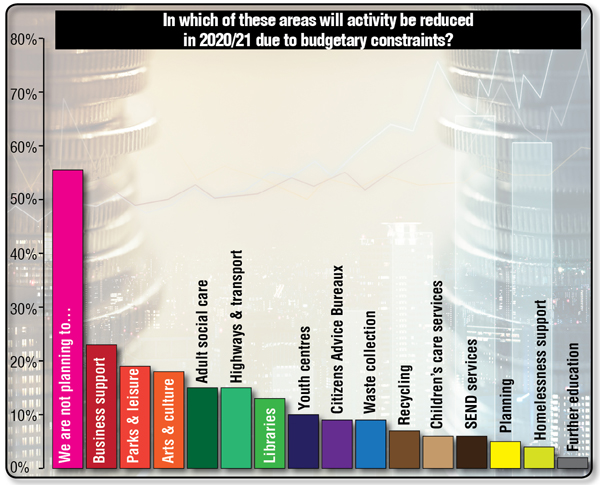 Requests respondents chose to put on the wish list include a commitment to maintain 2017’s level of funding for at least the next three years (71%) and assurances that the Government will cover the costs associated with changes to centrally-set business rates policy (68%).

One finance director from a south-east council went even further, calling for the full localisation of decision-making and axing of the Ministry of Housing, Communities and Local Government (MHCLG). 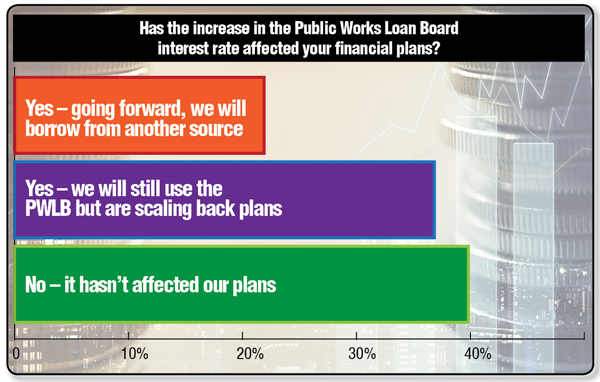 In the absence of MHCLG’s demise, respondents urged the Government to redesign the business rates system to make it fairer (65%), drive through health and social care integration (52%) and revalue council tax bands (49%).

However, one cynical finance director concluded: ‘None of these options would address the fundamental issues faced by the sector. Local government needs clarity over the funding it will receive and the ways in which it can be generated. Recycling the same pot of funding will not address this.

‘Fundamentally, local government needs the right level of financial support to deliver services and needs the flexibility to tailor delivery to local circumstances.’

In the meantime, councils are being forced to cope with what they have.

Our survey found that 95% were planning to increase council tax and the result is that 60% believe their 2018/19 budget will not lead to cuts in frontline services that will be evident to the public.

Below the radar, a similar proportion to last year – two-thirds – plan to dip into their reserves this year while 88% said actively exploring other sources of income was either a high priority or essential.

Among the alternative sources of income being considered are commercialising council services (76%), purchasing investment properties (66%) and – the most popular - fees and charges (89%).

Asked about the services for which charges might be introduced or increased, responses included ‘any that we can,’ ‘anything we can charge for’ and a warning from one south-east council that was looking at a 10% rise across the board next year.

Unless the Government takes some action soon, the public is likely to experience increased charges and council tax at the same time as being hit by deteriorating frontline services. This year 73% of respondents said they had managed to sustain the quality of these services, with 14% claiming improvement and just 12% admitting delivery had deteriorated.

It seems that children’s services is now the new pressure point, but there is at least some optimism to be detected.

As one senior finance director said: ‘We’re out of the Pickles era and seeing more sense from the Government. Government is starting to see local government more as a solution than a problem.’

The hope is that view will now be evident in more and more Whitehall policy decisions.