Government criticised over Right to Buy

Council homes are being sold off almost three times faster than local authorities can replace them, research has revealed.

Freedom of Information (FoI) requests to 72 councils found more than 12,000 council homes have been sold off since 2014 while only 4,309 were built over the same time period.

Lib Dem leader Tim Farron, whose party issued the FoI requests, said: ‘The Government talked a lot about replacing council housing one for one but this has been shown to be utter fantasy.

‘Thousands of council houses are being sold off by the Tories - never to be replaced.

‘This is devastating our social housing stock and robbing many families of a safety net.’

A spokesman for the Department for Communities and Local Government said it was up to councils to use the receipts from Right to Buy sales to build new homes. 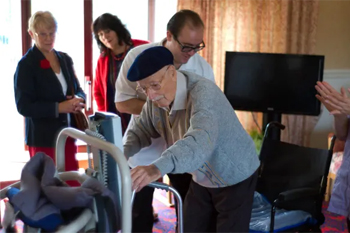