Spelthorne councillors to be more involved in commercial decisions after criticism

Spelthorne BC councillors will be more involved in future investment-related decisions after the council’s borrowing was criticised for ignoring government guidance.

The change of direction comes after a motion proposed by the chairman of the council’s audit committee, Cllr Lawrence Nichols, and backed by new leader, Cllr John Boughtflower, was carried at the latest full council meeting.

MPs on the Public Accounts Committee had highlighted that Spelthorne had a debt-funded commercial property portfolio worth about £1bn against annual core spending power of £11m, a ratio of almost 100 to one.

However, former Spelthorne leader, Cllr Ian Harvey, the driving force behind the £1bn spend, claimed Cllr Nichols’ motion was an ‘attack on the very successful policies of this council’ while Cllr Denise Saliagopoulos suggested it was a ‘spiteful swipe at the previous administration’.

Leader of the independent group, Cllr Ian Beardsmore, said: ‘We did everything right.

'We have not been implicated in anything.

The Ministry of Housing, Communities and Local Government has said it is concerned about the ‘Spelthornes of this world’.

Local government minister Luke Hall said: ‘Government is aware of recent trends where some local authorities are taking on high levels of debt to invest for commercial income rather than for providing the functions of a council.

'We are clear that borrowing to invest for yield is not in keeping with the intent of the [prudential] framework and exposes councils and taxpayers to undue financial risk.’

The Government has now started to request additional information from councils on their investment in commercial property as part of a pilot.

Its request of a few councils is expected to be rolled out to cover the whole sector over the next few weeks.

The move comes after the Government agreed to review the data it collects on commercial investments in response to accusations by the frustrated chair of the Public Accounts Committee, Meg Hillier, it was ‘flying blind’.

It is expected that the first batch of additional data will be collected by the end of the year before the Government reviews its future data needs and develops its data policy early next year.

The Local Government Association has challenged the need for an ‘additional data collection exercise at this point given all the other pressures on councils’. 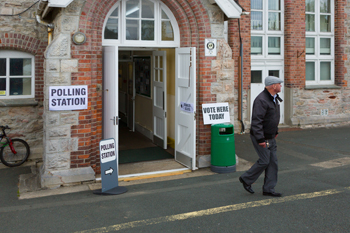 May elections to go ahead as chiefs call for indemnity
Read More...