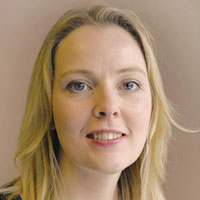 Heather Jameson is editor of the MJ

Join your colleagues as we celebrate local governments brightest stars from the last 12 months.
BOOK NOW